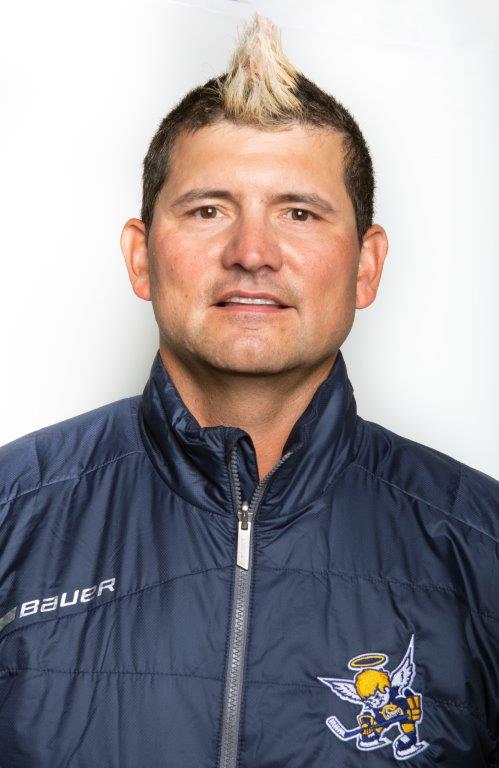 Shayne was born and raised in Slave Lake where he played minor hockey and Jr. B.  Following high school, he played a year with the Augustana Vikings in the ACAC.  In 1995, Shayne became a member of the RCMP. After he played several seasons of senior hockey, he got involved as a coach. This not only allowed him to stay involved with the game of hockey but to also develop the leaders of tomorrow.  His focus is to provide a safe, fun and positive environment for the players on and off the ice, allowing them to develop their skill set and achieve their goals.

After completing 25 years of service in the RCMP he has recently retired. He and Stephanie reside in Morinville with their three children. Shayne is in his second year with the Saints family and is excited for the upcoming hockey season.